The Different Ways an Orange County Probation Violation can land you in Jail?

People often get an Orange County Probation Violation without knowing it. When you are convicted of a crime and sentenced you are almost always put on probation. 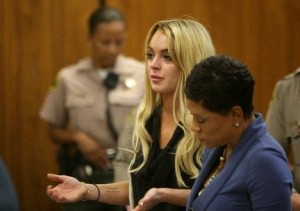 People often get a probation violation in California without even knowing it. It is important to take care of this before the sheriff comes knocking at your door.

You will be given Orange County Probation Violation terms. Orange County Probation Violation terms means there are things you can’t or must do. This is in exchange for a lighter sentence in your case or for your sentence to be suspended. There are many terms to probation that it is possible to violate probation and not know about it. Depending on the crime, you have to follow certain condition which relates to the crime. The penalty will be much harsher if you are on probation and have a violation.

Such an example of this would be not making contact with your victim if it was a domestic violence crime. Another example would be to attend a drug or alcohol program such as Alcoholics Anonymous or Narcotics Anonymous if it was a drug or alcohol related offense. If you convicted of a misdemeanor then you may have to do progress reports instead of a probation officer.

However, if convicted of a felony then the procedure will be different, you will have to do probation reports, and a probation officer will be issued. The probation officer is someone you will meet with once a month to make sure you follow the conditions for probation. Failure to see your probation officer will trigger a probation violation hearing. There are different types of violations. The punishment for probation on a  new crime will differ from one such as testing positive for  drugs or even picking up another felony offense. Either way, when this happens you will get a probation notice to your house. The following below are a few ways people can violate their probation. Anyone of these violations can result in a bench warrant being issued for your arrest by the court. In addition to that, even if you are out of state or outside the jurisdiction of the court, employer’s background checks can pick up on these in background checks. In addition, the courts can initiate a probation violation hearing without an evidentiary hearing. They can allege the violation and expect you to come to arraignment first then set the hearing for later. The person who has a domestic violence is treated the same as a person who has a new felony or a failed drug test.

4 Common Ways to Get an Orange County Probation Violation

Orange County Probation Violation Hearings will happen if you violate the conditions of your misdemeanor or felony probation. What happens in this case is that you will have to attend a probation violation hearing before a judge. Depending on the circumstances the judge can reinstate your probation, make your probation stricter, or revoke it entirely and send you to jail. Common tasks that always come with an Orange County Probation Violation can include a fine, need to work on public works construction projects, you stay employed, refrain from drug and or alcohol use, and for some sex crimes you wear an electronic monitoring device. Violation of any of those will make you face a probation violation hearing. The point of probation is to let you stay out of jail or shorten the jail sentence itself.

People need to think twice about admitting that Orange County Probation Violation. Generally you have to wait 36 months or 60 months or until the end of your probation to dismiss you criminal charge. However in order to expunge a California criminal charge takes work. There are some requirements. First you have to be off probation. This differs based on where you are at. In Los Angeles it is 3 years and OC it is generally 3 years. However, I have seen probation terms for  probation going up to 5 years.

An Orange County Probation Violation is problematic if a person wants to expunge or dismiss his case and he is still on it. When a person wants to expunge a case they must also be careful not to violate probation. Many people violate probation while on a crime like a DUI. The sad part is that many people do not realize what they are giving up when they are admitting probation. They think they are getting reinstated on probation and are given free chance. However, this is far from the truth. What really happened was that they admitted their probation and when this happens they are taken out of compulsory dismissal under 1203.4. Basically this means that relief as a dismissal becomes much harder. You can’t expunge a California case  as easily when you have a technical violation.

This happens all the time when people are late for classes on their criminal case  or are late on paying fines. It pays to think twice before admitting to that probation violation. I have seen it way too many times. There are times when the alcohol classes forget to send paperwork and the client has already done with the classes. If a new DUI popped then it may advantageous to handle that DUI for some kind of house arrest instead of jail timeassuming the conditions (right courthouse, right judge, and set of facts, right prosecutor and of course right lawyer) are right.

There is always a relief after probation has ended. The chances for clearing our record is much higher when there is no probation violation then if there is one.

Ultimately it is your choice whether you keep the papers or not, but I always advise my clients to cover your butt. The courts are not malicious, but there are lots of paperwork flying back and forth and things do get lost. You need to hold on to your papers to avoid that Probation Violation in California.

One of the ways to avoid this scenario is to go after the Early Termination of Probation relief.

Thanks to the Early Termination of Probation motion, Probation does not have to be for the full three years. There are ways to end probation and expunge the charge. Everyone’s situation is different and must be looked at individually. Just as there are many avenues for ending probation

One benefit for an Early Termination of Probation is getting into the military. The military will not accept anyone who is on  probation. They are strict on this. It doesn’t matter what the charges are, but as long as you are on probation than you will be rejected. In the past, recruiters use to go to court for people and talk with the courts. However, the trend lately is not the case. Recruiters are often not doing this anymore and instead are leaving people up to their own to terminate probation. Often times I would see a person with a letter a representing to the court that they are enlisting. This is not always enough; the judge will ask to see more.

Another reason for an Early Termination of Probation is the for the purpose of getting a job. However, the problem here is that when a person is seeking an early termination of probation, they are usually seeking a job. The reality is that the people are rejected after a background check. An employer will seldom say that they rejected you because you are on probation. They will merely say that they have found another more qualified candidate.

Early Termination of Probation is not easy. The courts will not listen. A judge will not terminate probation unless he has good cause. He will not terminate probation just because a person has a hard time getting a job. This means the old I have trouble finding a job but I can’t give you anything to prove it will work. As discussed above, an employer will seldom say that they rejected you because you are on probation. They will merely say that they have found another more qualified candidate. 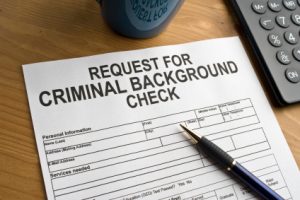 I always advise my clients to nip the problem from where it started. The California Criminal Background Checks start with the county courthouse.

It is possible to do it yourself, however it is a maze to navigate the courts. For example, Metro Court is a nightmare and the lines are horrendous to stand in. even attorneys hav a hard time waiting in line.  There are several lines and if you read the wrong sins or misunderstood the sign, then you are can lose a few hours in line only to find out that you have to go to another line and repeat the process. This does not include serving the documents.