It can be a frustrating and difficult task for a prior convicted individual to apply for employment. This is especially the case when it comes to the interview process. However, Labor Code 432.9, also known as “Ban the Box”, prohibits potential employers from asking the individual if he or she has ever been convicted of a crime, if the person has not been determined to meet the minimum requirements for the position. The applicant is protected from being asked for any information regarding a prior conviction, under this law. However, a violation of Labor Code 432.9 “Ban the Box” is not considered to be a crime.

Ban the Box will be put into place officially on July 1st, 2014. Even though violation of this will not be punishable as a crime, it still has some serious implications in the area of employment law. People who have been convicted in the past should not have to deal with the stress of being questioned about their crimes in the early stages of the process. Also, this means that there will be a higher standard of fairness and equality when it comes to hiring someone.

Without Ban the Box It’s very difficult when a person is trying to get a job and employers are asking for information of whether or not there is a conviction on their record. In addition there are also other employers who are asking about RAP sheets. It is not legal for them to do this.  It is actually a misdemeanor for them to ask for a department of justice printout 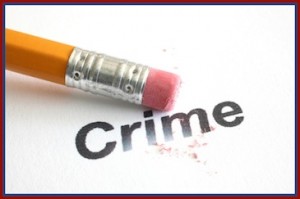 of your record. There are new laws that are coming out to protect people with records.  Ban the Box will help a lot of people out.