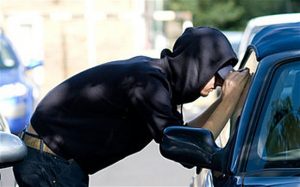 Simply it is the taking of another person’s property without his/her consent. And when you took the property you intended to deprive the owner of it or remove it for a period of time so that the original owner would be deprived of a major part of the value or enjoyment of the property. However that is just the basics of it. Theft can be done in multiple types of ways. Therefore the actual action of theft is different from case to case. In one case you may commit theft by actually physically picking up the property and moving it, this is known as larceny.

Theft degrees is divided into two. However it is easy where to draw the line between the two. Theft degrees is split into two, these two are known as petty theft and grand theft. Petty Theft is stealing property that is valued at $950 or less. The items were not guns, or cars. And that they were not directly taken off another person (i.e. a mugging). This most common type of petty theft is shoplifting. Grand theft is on the other end of the spectrum. You can see grand theft if you stole property values at $950 or more. If it was a gun or car. Or if it was directly off someone.