Actively participating in a gang can lead to some serious run ins with the law. In order to be charged with participating in a criminal street gang may seem simple but you do have to meet certain conditions. 1. You actively take part in a criminal street gang. 2. When you participate in a gang, you knew that the gang engage or have engaged in criminal gang activity. 3. You intentionally assisted in activities that promoted criminal conduct by directly/actively committing the felony or by aiding it in some way. Active participation in a gang is involvement with the gang that is active and is not passive or just in name only. This doesn’t mean that all or a substantial amount of your time goes to the gang. Legally a criminal street gang is a group that consists of three or more people. It has a common name or sign or symbol that identifies it. And as its main activities include crimes. And that the members of that organization whether together or alone engage in gang activity. This doesn’t mean that crimes committed by the members makes it a gang. The crimes have to be the central focus of the group to be a criminal street gang. An active gang would mean that crimes have been committed within 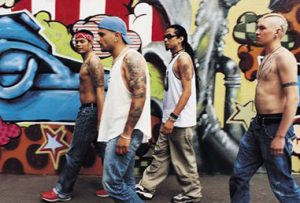 three years of one of the earlier crimes. And that the crimes were committed on separate occasions or were personally committed by two or more people.

Being in a criminal street gang in itself is a wobbler. That means that the crime can be either a misdemeanor or a felony depending on the facts of the case and your criminal history. As a misdemeanor you can see up to a year in jail. As a felony you can see up to 3 years in prison. These punishments are just for being in an active street gang however. If you performed crimes as part of a gang then you will get the usual punishment for the crime with the street gang enhancer.

False Information to an Officer 31 VC