Petty Theft with a Prior

Petty Theft with a Prior

In order to understand what Petty Theft with a Prior is, we have to cover what is petty theft.

Petty theft is the unlawful taking of property or money that totals under $950. The means of taking the property has to be be non violent, and mostly involves trickery and fraud. Petty Theft is different from robbery and burglary however, and those two come with different penalties. Petty theft is a misdemeanor that could land you in jail for 6 months. Along with a $1,000 fine.

So what is Petty Theft with a Prior?

Petty Theft with a Prior is the repeat offense of committing another theft crime after being convicted of one in the past. Being convicted means that you served a term in an institution for hat conviction. So that means if you were charged but not convicted since you won your previous case, this might not be the case for you. The 2 conditions you have to meet in order to be charged with Petty Theft with a Prior are 1. you were previously convicted of a theft offense. and 2. you served a term in a penal institution for that conviction. So in order for you to even to have a conviction you had to have served time for it. However penal institutionin 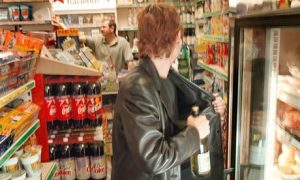 isn’t limited to just jail or prison. Legally a penal institution is jail, prison, or any facility, camp, hospital, or institution operated to hold, train, treat, discipline people in custody under the Department of Corrections/ federal prison/ etc.

Petty Theft with a Prior conviction does not actually happen just because you had a previous conviction. Fortunately you have to be convicted of 3 or more convictions from theft crimes. Or just one along with a serious felony conviction or a sex crime conviction that made you register as a sex offender.

If you or or someone you know may be charged with Petty Theft with a Prior you need an attorney to represent you.