Bench Warrants Can  be isued for a Number of Things

Schedule a Consultation to clear your warrant today. 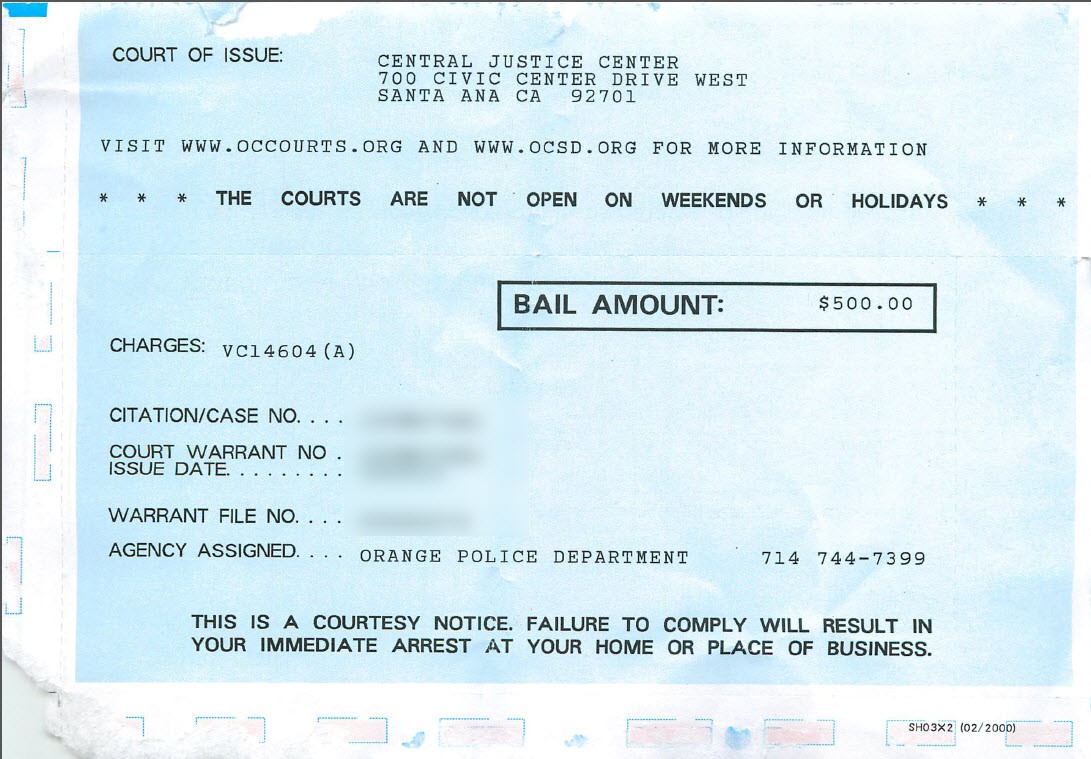 Arrest Warrants in Orange County can be issued for a number of things.

An Orange County Bench Warrant is an Order by a Judge to a Peace Officer to bring you in.

An Orange County Bench Warrant tells the police to pick you up. Regardless of the reason for the warrant they must pick you up. Warrants are issued for many reasons. However, police officers are instructed by the Orange County Superior Courts to arrest and bring you in regardless of whether you are in the right or wrong. This means that an arrest warrant in Orange County is valid even if the reason for the warrant is not valid or was a mistake! If the warrant is still in the system then they will take you in. Police officers will have no discretion when taking you in.

Example: You are just sitting in the passenger seat of a car and the car gets rear ended. The police will be contacted to write a report and the police will notice the bench warrant, if this happens then they will be required to bring you in. This is regardless of the reason for the bench warrant. It can be a misunderstanding such as the wrong person committing the crime to forgetting to show up to court and ending up with a 40508(a) traffic ticket warrant.  The following article will explain what a warrant is and how to deal with it.

A failure to appear in Orange County is accompanied by a suspension on a driver license. Depending on the county this can happen immediately or after a few months. It’s important to talk to a professional on this matter. The Orange County Bench Warrant for Failure to Appear and the suspended license needs to be addressed as soon as possible. People will often get a case where they get caught driving while in this period, they are exposing themselves to driving on a suspended license. This is referred to as a 14601. This is a big no in California. The results of this can be probation and a hefty fine. Depending on the facts the prosecuting agency or the court may hit you with a misdemeanor which will show up on your criminal record.

When you miss an Orange County court date a new charge is added. There will be an Orange County Bench Warrant for Failure to Appear. This new charge is the failure to appear. There are different consequences as for dealing with your Warrant for Failure to Appear. Originally a failure to appear in Southern California is a misdemeanor in California. This means it is punishable by a fine of $1000.00 and punishable up to 6 months which makes it crucial that you take care of this properly.

Failure to appear in Southern California differs from county. They also differ from courthouse to courthouse. Some judges deal with these by requiring bail and will not allow a trial until the bail is paid. Others are indifferent and will allow release on own recognizance. Bail is basically a deposit with the court. Think of it as a payment of your ticket in advance. Once the case is resolved, the money is either used to pay the fine or is refunded. If a person is represented by counsel this significantly increases your chance for a dismissal or reduced fine mark off your criminal record. A Warrant for Failure to Appear must be dealt with as soon as possible.

Schedule a Consultation to clear your warrant today.

Not Receiving a Notice in the Mail is not a Good reason for Missing Court.

A lot of times people will say they never got the notice in the mail. However, this does not make a difference as a person has already signed a promise to appear in court when they are ticketed. This happens at the point of the ticket. When you are issued a ticket you and you sign the ticket then you are making a promise that you will appear in court. When you fail to show up in court then you will expose yourself to 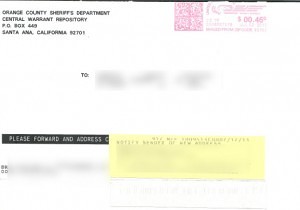 People do not live at the same address and may not get their warrants if it was for a crime they committed and there was no citation signed.

a new charge of failure to appear in court. You need to show up for court no matter what. When you get pulled over for a ticket you must appear. If not you will be the proud receipient of another Orange County Bench Warrant.

Orange County Bench Warrant is very common for not showing up in court. People get them more often. Most of the time people get them because they are too busy to deal with a ticket. Other times Orange County Bench Warrant are the result of people who are too upset about the ticket so they decide they do not want to deal with it and it will go away (Like Bills). However, unlike bills tickets do not go away. It’s kind of like dating. Nobody likes to be stood up on a date. Courts are no different, except they can issue a warrant for your arrest if you do not show up. The bottom line is that the courts do not like to be stood up and if you stood up the court, chances are you will need a Bench Warrant Attorney on your side to clean things up.

You have Options at your disposal

At this moment, there has been a criminal proceeding that has started against you in the court of law.

1) Not do anything at all about your Orange County Bench Warrant: This is possible. You can ignore the warrant. If you do this then you will ignore the warrant at your own risk. There will come a day when you are out and you will have police contact you. When this day comes, the police will take you in for your case. If this day does come, it’s important to have someone who regularly deals with Orange County Bench Warrants on your side.

3) Hire an Attorney attorney to deal with your Warrant: An attorney who regular deals with the Orange County Bench Warrants may be able to deal with the warrant himself without having you at the court. This will lower your risk of being taken in. It is impossible to take a person in who is not in court. The worst scenario in this case is that you will be ordered in to be taken in, but at least you will know that you are being taken in and you will have time to prepare and such preparation may include making arrangements for owed jail time or getting a bail bondsman ready at your disposal. 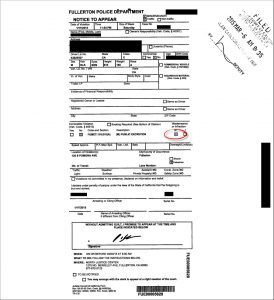 Public Urination citations can be either a infraction or misdemeanor

4) Contact a Bondsman: If you are picked up for an Orange County Bench Warrant then you will probably not be eligible for O.R. Release (Own Recognizance Release) based on your own representation to the court that you will appear for your court date. A court will be more willing to give you O.R. on the first time when you have not missed a court date. When you have missed a court date and get picked up on a bench warrant then the court will want bail.

The reason for bail is to ensure your next appearance at court. If you miss your date in court then your bail will be forfeited. A Bail is money held by the court as collateral to ensure your appearance. You will need to deposit with the court the money or use a bail agent to get out of jail.

Talk to an attorney about your options.

Schedule a Consultation to review your options. 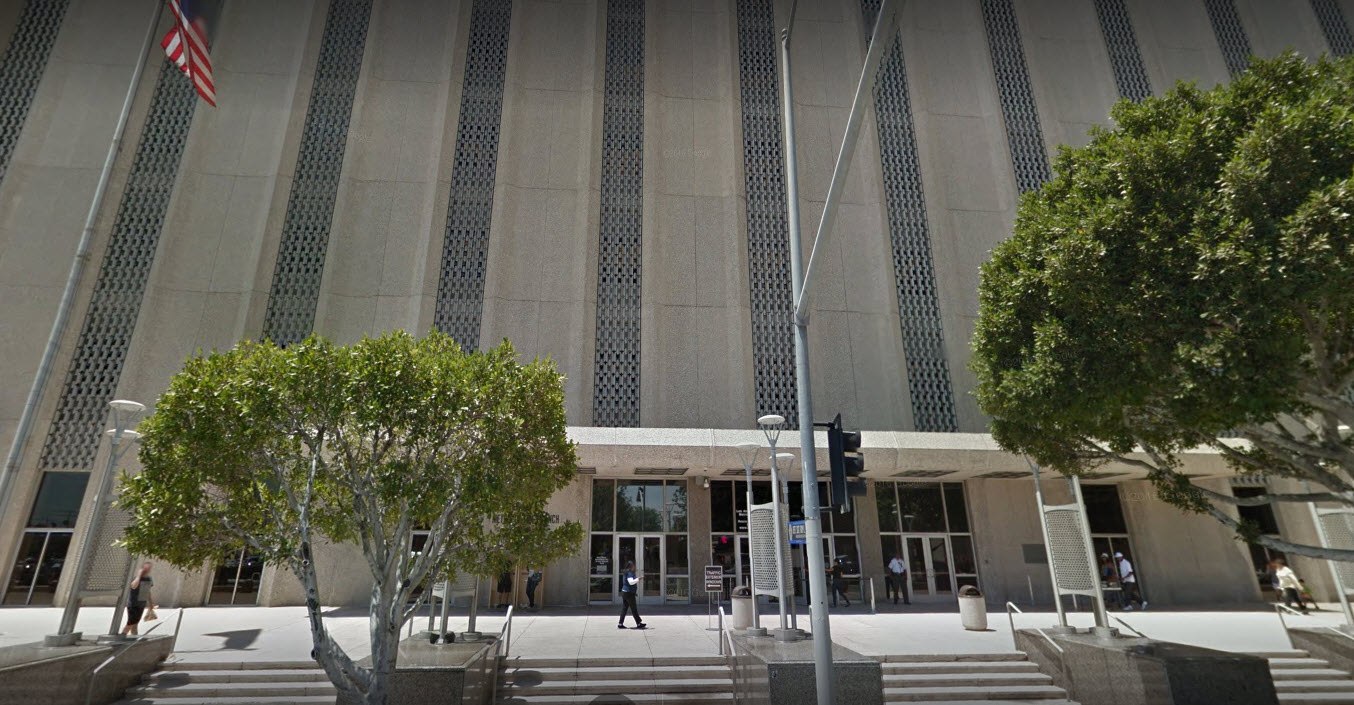 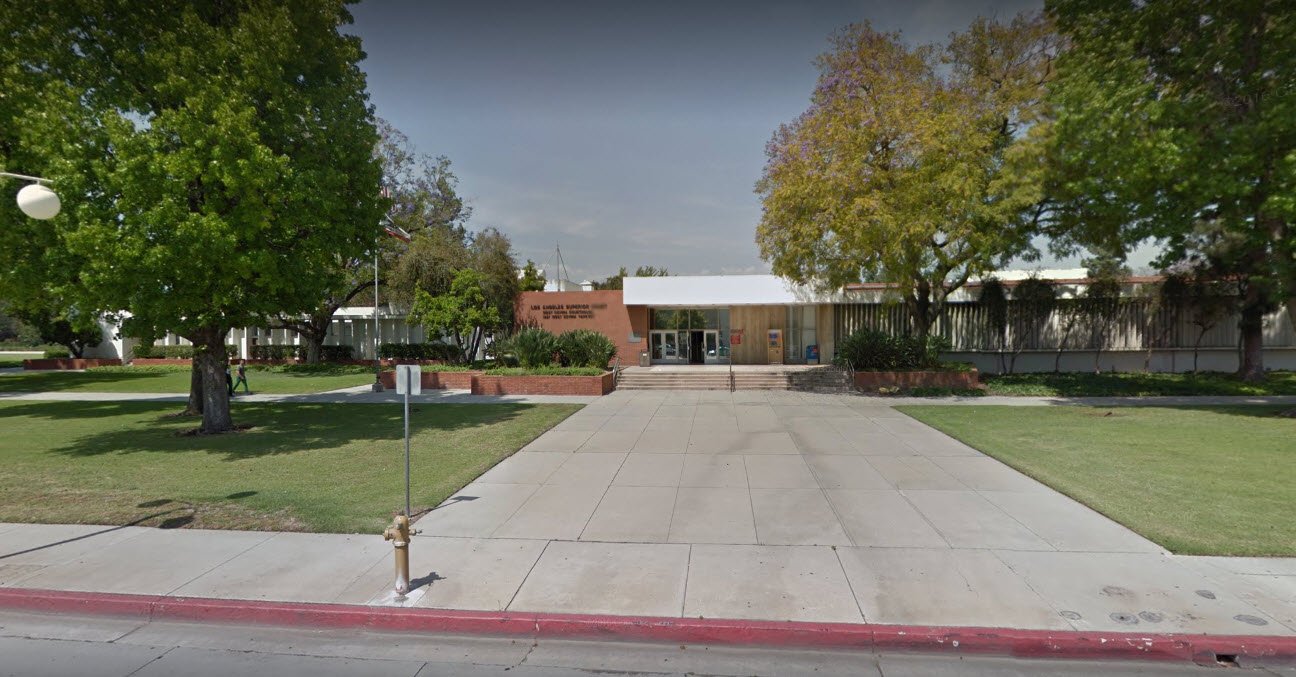 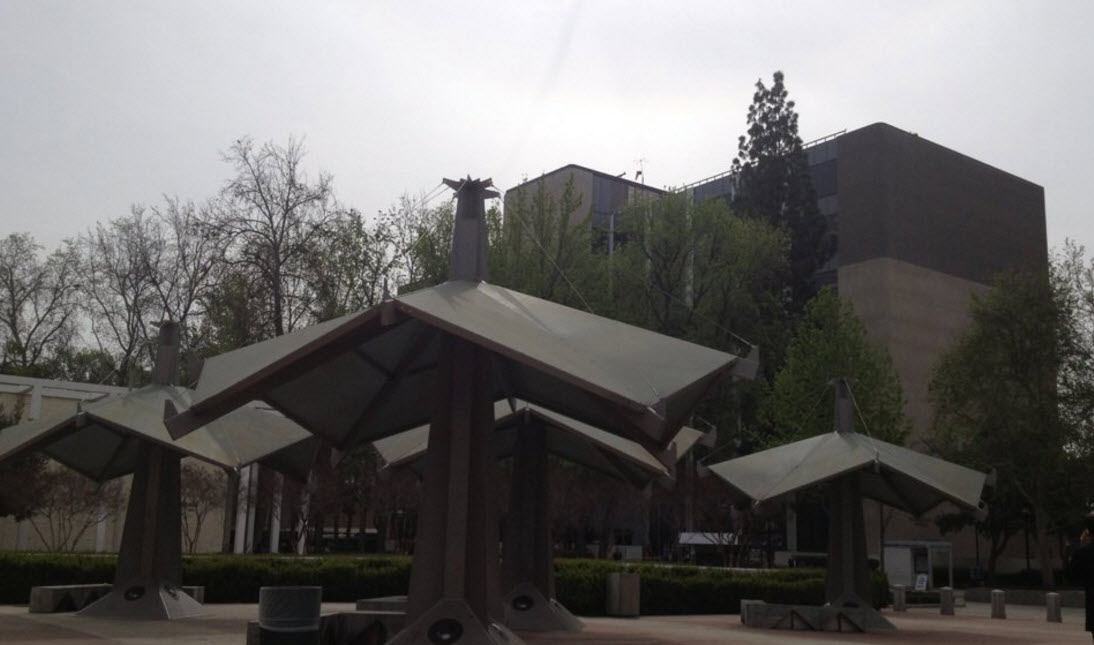 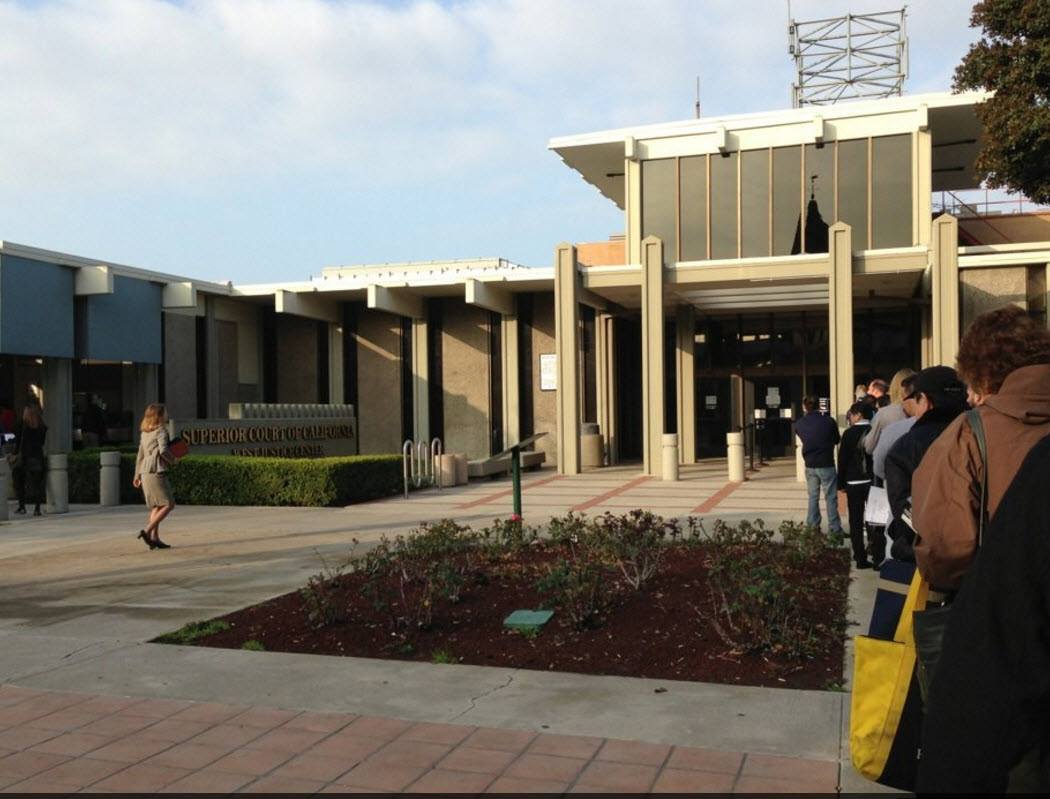 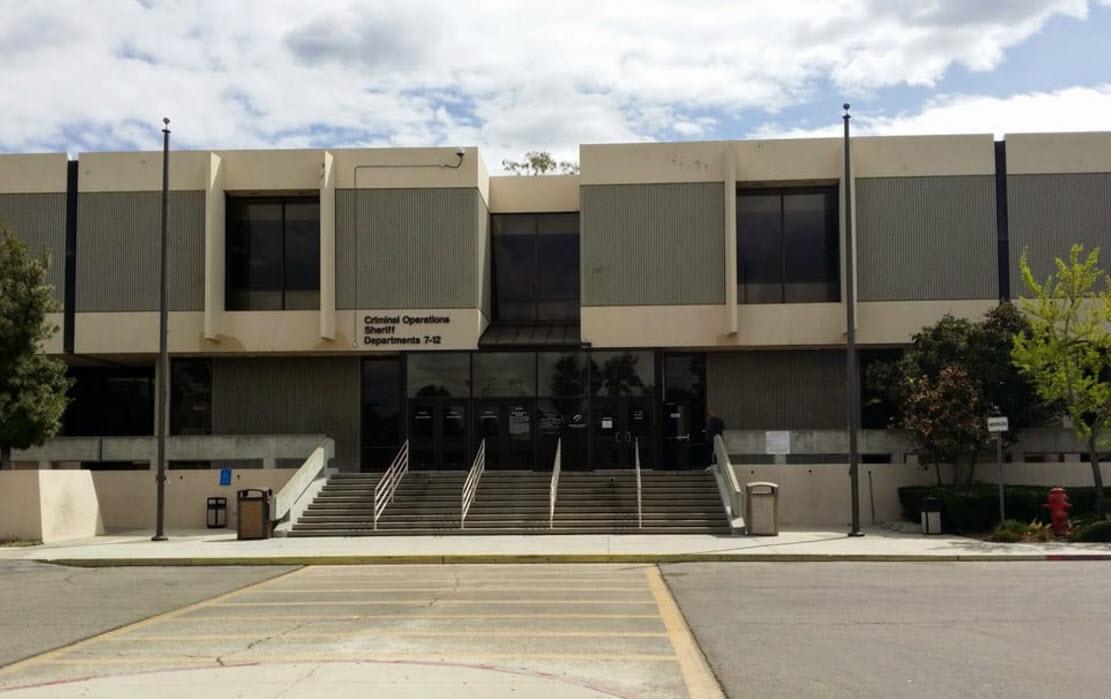 Hire an attorney with a proven track record

Schedule a meeting with Hieu Vu 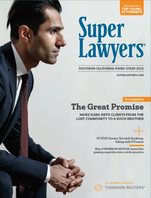 Peer nominations and evaluations are combined with independent research. Each candidate is evaluated on 12 indicators of peer recognition and professional achievement. Selections are made on an annual, state-by-state basis. . Only %2.5 of Attorneys are selected to Rising Stars 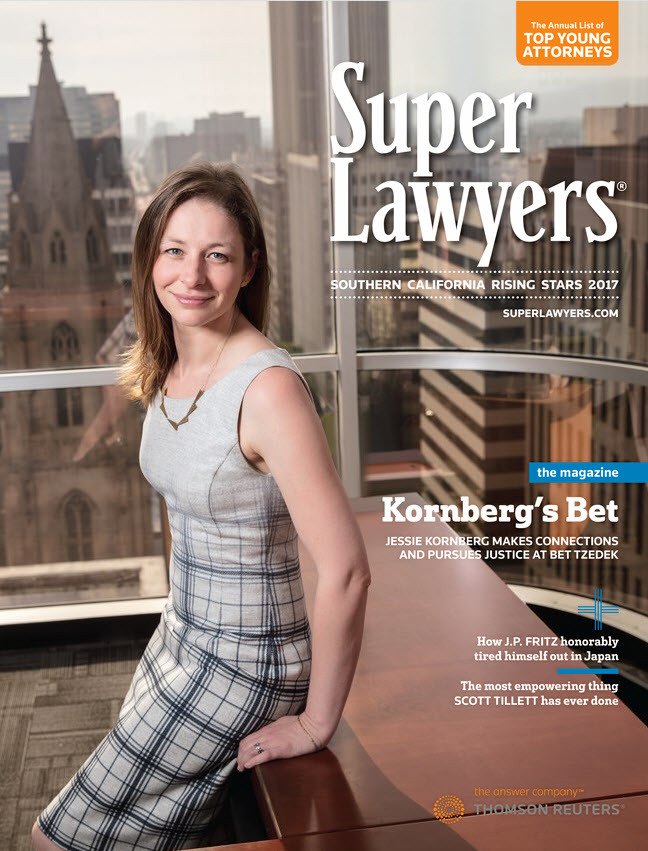 Super Lawyers selects attorneys using a patented multiphase selection process. Peer nominations and evaluations are combined with independent research. Each candidate is evaluated on 12 indicators of peer recognition and professional achievement. Selections are made on an annual, state-by-state basis. 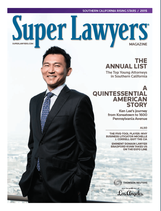 The objective is to create a credible, comprehensive and diverse listing of outstanding attorneys that can be used as a resource for attorneys and consumers searching for legal counsel. 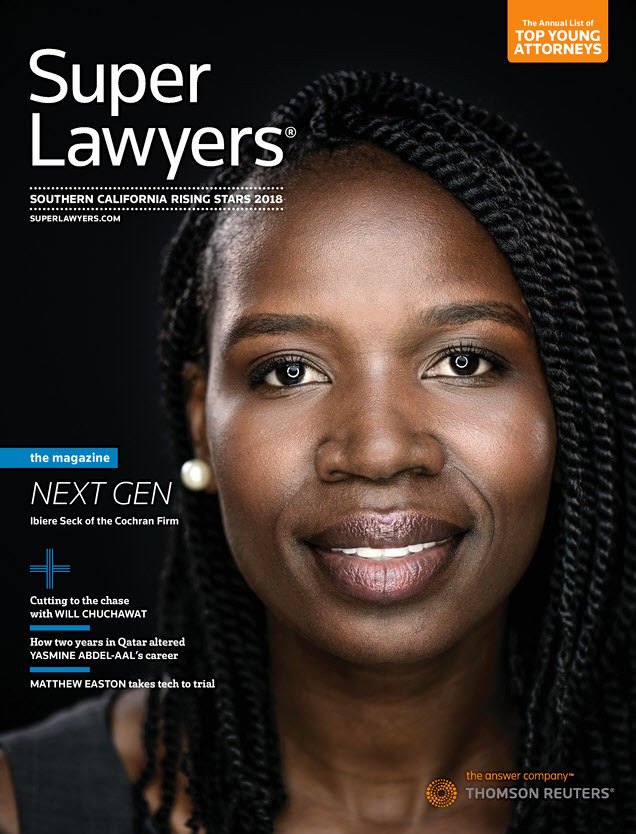 Super Lawyers recognizes only the top five percent of attorneys from more than 70 practice areas per state. Rising Stars honors the top 2.5 percent of up-and-coming attorneys. ​ 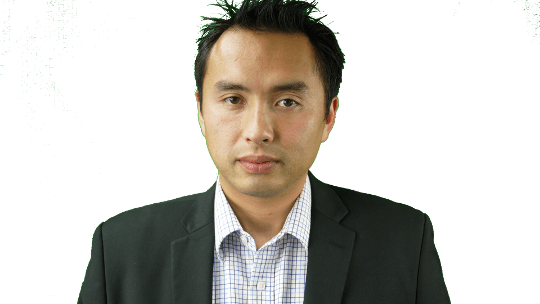 “To the client, every angle is important, there’s a number of questions, and each person also have their own worries. Some will need a person to listen to them. At the end of the day, it’s more than just delivering legal results. I put a 110% into every person I work. I strive to make sure everyone knows what is going on and is kept in the loop as the case goes on. The practice of law is more than just getting the results in court.” -Hieu Vu