Hazing is commonly mixed in with initiation. Its the practice of making new members of some group go through difficult or humiliating tests 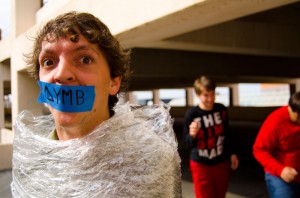 . If done to create a silly thing it can be entertaining. However hazing can go too far. it can be cruel and harmful to a person and so it can even be a crime. Hazing as a crime is relatively new as it was barely put in during 2006.  Problem is that since this law is still new, a lot of young people don’t even know they’re committing the crime, Even worse if its a practice that has a long history in a group. The legal definition of hazing has to fulfill 3 conditions. 1. it has to be a part of an initiation into a student organization/body 2. it has to likely cause a serious bodily injury to a student 3. and it does not include customary athletic events or school sanctioned events.

Hazing usually occurs during the initiation phase of allowing someone into a group. A student body or organization can include sport teams, fraternities or sororities. Or just a group of older high-school/college students pushing freshman to do a test. The actual hazing has to to be done under this notion of initiation.

Likely to CAUSE serious bodily injury

The most important factor is that it can cause a serious bodily injury. Not the same as a great bodily injury. This includes concussions, broken bones, stitches, disfigurements, etc…This mainly covers hazing that can cause serious injuries. Its important that injuries themselves do not actually have to happen. Just as long as the situation could be dangerous.  However as long as its not a physical injury, it will not be a crime under hazing.

Not at a customary athletic/school-sanctioned event

Hazing cannot happen if it occurs during regular school events. It has to be done without the school having a part in it. This means games between schools or just school events cannot be considered hazing.

If you or someone you knew was accused of hazing. Go see an attorney to see all your options.