Hate Crime Laws. Under California law a hate crime is more like an enhancer than an actual crime. A hate crime is committed when a crime is done under the impression that you have something against a persons’ ethnicity, disability, gender, nationality, religion, sexual orientation, or is associated with a group with those characteristics. This means that if there was a crime that had some type of hate related to the above, then a hate crime is committed. It doesn’t even matter if the reason itself wasn’t the main reason, as long as it was a substantial part to your motivation. This law also applies to speeches. Your speech usually cannot become a part of a hate crime unless. 1. you threatened to cause injuries or violence and 2. that you have the ability to carry out the violence. If a group of young men preached violence and hate then they are very susceptible to fall under hate crime criteria. However if a frail old woman preached that she hated Hispanics and threatened to beat up every one she sees, she cannot be considered for a hate crime. Although she preached for violence, she does not the actual ability to carry out the threat. 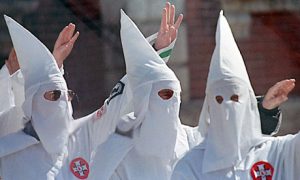 , a year in jail. Up to a $5,000 fine and or up to 400 hours of community service. Hate crime as a “penalty” makes it like an enhancer. If you convicted a misdemeanor that falls under hate crime criteria which caused injuries, damages over $950, or a second hate crime offense. Then the crime could turn into a felony. That could include a formal probation, up to 3 years in jail and up to a $10,000 fine. If you committed a felony that could fall under the hate crime criteria then it can be enhanced by another 3 years. However if another person was involved with the crime then the enhancement can add up to an extra 4 years in prison.

If you or someone you know was charged with a hate crime, come see an attorney.