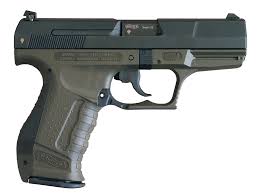 in California usually is applied to money, or object that are stolen and have a combined value of over $950. If under that value the crime is a petty theft. However stealing a firearm no matter its cost is an automatic grand theft thus giving it the name Grand Theft Firearm. In order to be properly charged with grand theft firearm however, you have to intentionally steal the gun. This means that if you accidentally stole the gun somehow, perhaps it was in a bag that you thought was just full of money. Or possibly you thought the gun rightfully belonged to you, then you cant be charged with grand theft firearm.  Normally Grand Theft by itself is a wobbler. This means that the crime could be charged as a misdemeanor or a felony. However stealing a firearm (Grand Theft Firearm) automatically makes it a felony.

As said before the crime is a felony. You can see up to 3 years in prison for this crime. Being convicted of this crime will also give you a strike on your record. Some related crimes include burglary. This can happen when you enter or intrude on the property in which the gun was kept at. Embezzlement can also be charged. This happens when you take the gun from someone who entrusted you with it. An example of this would be taking the gun your friend gave to you for hunting. You then took the gun and refused to give him/her the gun back after you were done with it. Using force or fear to steal a person’s gun can also put you in trouble for robbery. Lastly, if you knew that you were going to receive or buy a gun that was stolen. You can be charged with receiving stolen property.

If you or someone you know was charged with grand theft firearm, speak with a defense attorney. Its important to know that you can still fight.