Extortion and Blackmail. The state of California defines extortion 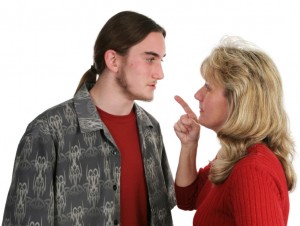 and blackmail as a combination of four elements. That 1. the defendant threatened (to unlawfully injure/accuse/expose a secret) the victim. 2. When making the threat or with force, the aggresor intended to force his/her victim to consent to his/her request (this can be money property or an official act). 3. Because of the threat, the victim consented to do the request. and 4. that the victim actually did the request. Its important to know that extortion and blackmail can be charged even if you don’t actually hurt your victim (this extends to non-physical forms such as exposing secrets). It can be charged as long as you intended to do so. The main basis of a threat is that you demanded a sum of money or use very specific threatening words, however it can be a subtle/implied threat by some circumstances. Even if the act you planned to do is perfectly legal you can be charged (like if someone owed you money but doesn’t pay, you call the cops). Injury in extortion and blackmail has a single rule to it. If you are legally able to do something then it is not extortion. Such as if you own the right to say no to someone building property nearby you unless they pay you $2,000. The most important part of this crime is that the victim must actually perform the act or give up money/property. If this does not happen extortion and blackmail did not happen. However attempted extortion could still be charged.

Punishment for Extortion and Blackmail

It is charged as a straight felony. You could see up to 4 years in prison. Up to a $10,000 fine. And a formal probation. If the victim is a dependent (such as a senior or someone with a mental/physical problem) then the sentence could be enhanced. If done for a gang then it will be enhanced and will give a strike on your record.

If you were charged with extortion and blackmail talk with an attorney. Its important to know the options you still have.