DUI Finger Count Test. The Finger Count Test is a field sobriety test (FST) that is commonly used by law enforcement. However the test itself is not a legal procedure to test for a DUI. However it does not mean its illegal for the cop to do it. The test has you put one hand in-front of yourself with the palm facing up. With your thumb you then touch the tip of your index, middle, ring, then little finger. While you do this you say one for the first finger-thumb contact, two for the middle-thumb and so on. The Finger Count Test is mainly used to see if you are able to do certain things. Follow instructions. If you can Count. You are able to touch each finger in a correct order. However this test does not have a direct relation with being impaired. That’s why the National Highway Transportation Safety Administration 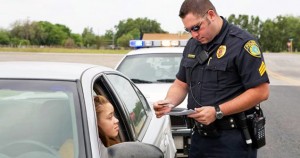 does not approve this test. Officers are not allowed to rely solely on any tests outside the 3 standardized FST. The three approved NHTSA tests include. The Horizontal gaze nystagmus test, the walk and turn test, and the one-leg stand test. Some other non-standardized tests include the hand pat. The Rhomberg balance test. And the finger to nose test.

Problems with the Finger Count Test

Firstly this is not an approved test. This tests proves nothing more than just give an impression of the subject. The other problem is since its not a standardized test, procedures can change from officer to officer. Other problem is that being impaired does not mean just being drunk. Not sleeping, being sick, or injuries may interfere with the tests. Other problem is that officers could make you do the test where there’s a large amount of distractions. Lights, sounds, and other forms of distractions could make the test invalid. Also if the instructions aren’t clear, then the test itself is a failure.

If you were pulled over and charged with DUI, have a consultation with an attorney.