Downtown Fullerton Bars is a fun spot to go. Whether it is Thursdays, Fridays, or Saturdays, there is always something going on. Even on Tuesdays there is always something going on. However, people venturing into a night of drinking at the Downtown Fullerton Bars need to keep in mind that the Fullerton Police department and the local CHP are vigilant in enforcing the law of the land.  Fullerton Police officers are always looking for people are who urinating in public.  These tickets typical result in a misdemeanor being charged in court. However in addition to this, Downtown Fullerton Bars are very well known for their alcohol. The alcohol is always flowing and making us do things which we later regret. One of the things we regret is drinking and driving.

WHAT IS HAPPENING AROUND THE DOWNTOWN FULLERTON BARS?

Orange County has always been aggressive with DUI enforcement. However, things have really tightened up with the recent DUI incidents involving the death of a local baseball player.  Police officers and more specifically CHP officers are instructed to look out for people who are intoxicated. Such as a person who has been bar hopping at one of the many Downtown Fullerton Bars. 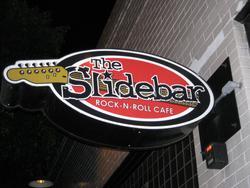 Downtown Fullerton can be a fun place to drink, but it’s always important to have a designated driver. Here are some tips for the Bar Hopper.

HOW TO AVOID GETTING A DUI AFTER LEAVING THE DOWNTOWN FULLERTON BARS?

The best advice I can give out is not to drink at all!

WHAT TO DO IF YOU ARE POPPED FOR A DUI AFTER LEAVING THE DOWNTOWN FULLERTON BARS?

My best advice is to not say anything at all. Unless you are under 21 or on probation for a previous DUI, then I would refuse the field sobriety test and the roadside breath test. However, you will still have to do the test back at the station. It is important to remember that HOPE is the enemy here. Hope will only get you to do the Field Sobriety Test which you will fail because they are designed to gather evidence against you.  You must invoke your rights and put up with being arrested. By not saying anything about what you drank and how much you drank you have made the job of the state prosecuting you 10 times harder.