How Do I Beat a Domestic Violence Charge?

Domestic Violence can also be known as domestic abuse, corporal injury, spousal battery. A lot of these situations can get out of control and run rampant and is dependent on a he-said/ she-said basis which can be easily swayed by emotions. When these accusations come out, then a lot of the factual evidence can out the window. In order to be validly charged for domestic violence you have to inflict injury on your current/former spouse, the person you live with, or the mother/father of your child. You had to be willing to inflict injury. And that injury must have concluded in an actual see-able injury such as bruises, scratches, or cuts 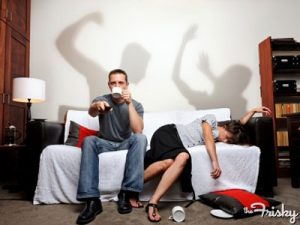 Take Advantage of the Evidence Rule of Hearsay.

Get the Alleged Victim on Board

The second thing that’s important is you do not make any kind of admissions. It changes the field of the case and  it makes it substantially harder for the prosecutors to prove their case against. This is certainly true if your domestic violence involves a phone call from a third party where the police came by and they did not observe any physical violence between the parties.

In conclusion, the two biggest things you can do for your domestic violence case is to not admit anything at all. This involves making a statement such as I don’t want to talk right now, our exercise, my right to remain silent and I’m not talking without an attorney. The second thing is to have the victim on board with the cooperating witness. Your case becomes much stronger. It sets it up for being dismissed.

Domestic violence is considered a wobbler crime. This means that it can swing as either a misdemeanor or a felony. In which way it swings depends on the criminal history, and the extent of the injuries and the facts of the case. If convicted of a misdemeanor then it will include a three year informal probation. Up to one year in county jail. A max of $6,000 fine. reimbursement to the victim. A 10 year restraining order will be issued. A protective order for the victim that protects them from further violent acts. You must also complete a years worth of a batterer’s classes that meet two hours a week. And finally you must complete a community service program. These can be substantially worse if you had a prior experience within 7 years of each incident.

If convicted as a felony, then all the above is included with addition to a formal probation. Up to four years in prison. Additional years depending on the victim’s injury. A strike on your Three Strikes Law. Again if any earlier experience within 7 years, then the charges worsen.

If you were falsely accused of a domestic  violence crime, then it is important to get an attorney that will listen to your case and reduce your charges.