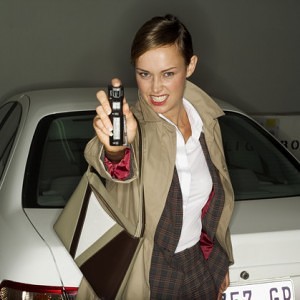 to protect yourself or another person from harm. However you can’t just go punch a person just because someone suspicious gets close to you. In order to be entitled to use self defense there are three conditions that has to be met. 1. You or someone else was in immediate danger of suffering a physical injury or was in danger of being touched unlawfully. 2. You believed that it was necessary to use force to defend against said danger. and 3. that you used no more force than reasonably necessary to defend against that danger. Being suspicious isn’t a good enough reason. Although it may be impulse, you can’t act until there is immediate danger. So someone trailing behind you might not be enough of a good reason to act. However this works on a case by case basis. If the person following you was someone you knew was dangerous and trailed you for a reasonable amount of time the jury may believe that your suspicious were reasonable.

What is a reasonable cause?

The most recognizable time where its okay to use force for self defense is when there is immediate danger. However you are allowed to use self defense before the actual harm occurs. This is typically through rumors and/or information you received. Its okay to use self defense even if the rumor/information is not true. It just has to be believable and reasonable. For example if there was a well known child molester that was following a child, and he had a history of  threatening other children in the past and was a repeat offender. Although he didn’t present an immediate danger, it would be reasonable if a person who heard those rumors (truth or not) to use force on him.