Sex with Minor While 21 or Older is a serious crime that can ruin a person’s reputation and get you into serious trouble with the law. This happens a lot when it comes to young couples. In order to be charged with Sex with Minor While 21 or Older the prosecutor has to prove 4 points. 1. You had sexual intercourse with another person. 2. You and the other person were not married to each other when of the intercourse. 3. You were at least 21 years old when you two had sex. 4. The other person was under the age of 16 at the time you two had intercourse. Sexual intercourse is any penetration no matter how slight, ejaculation is not required. An important factor to why this law exists is because since one person is under the age of consent. What this means is that they are not legally able to give consent to have sexual intercourse. A lot of these things happens at birthday parties and so technicalities come into effect. If you were 17 on the day before your birthday and you had sex that night before midnight, you are still considered a minor. In order to be considered a year older, one minute has to pass as soon as the first minute of your birthday has begun. However this crime is only applied if you knowingly had sex with a minor. Mistakes do happen and when it comes to some people a 16 year old looks like they’re 20. However looks themselves don’t make a good 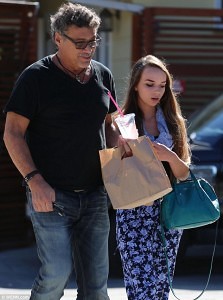 basis. It must be reasonable and you must have actually believed the other person was 18 or older. Evidence must be shown and that evidence was reasonable enough to believe they were 18. A fake drivers license and them having alcohol in a club would be a reasonable excuse to believe that a person would be 18.

If you or someone you know was charged with Sex with Minor While 21 or Older its important to get a hold with an attorney.