Sexual abuse of animal is a crime that will ruin your reputation. Sexual abuse of an animal is something that is commonly joked about but it does happen. Sexually abuse of animal is not just simply trying to have sex with a dog, cat, or some other type of pet. Its just simply gratifying your own want by using an animal to an end. Legally to charge someone with sexual abuse of animal there you have to meet 3 conditions. 1. You sexually assaulted an animal. This sexual assault can be anything. Oral sex such as with genitalia such as the penis. Or it can be sexual intercourse with the animal itself. 2. You did so with the intent of arousing or gratifying your own sexual desire. Although its self explanatory you should understand that it must be for your own sexual wants. In a case where you did not do it for your sexual desires then it wouldn’t fulfill the 2nd condition. 3. That the animal was then abandoned or neglected or was mistreated and violates Animal Abuse 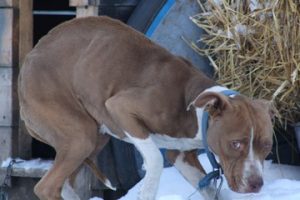 law. Again self explanatory here, abandoning or neglecting the animal is a important part of this crime. If you did not neglect or abandon the dog, you may be charged with a lesser form of this crime. Each case is different and determining whether you fulfill the three conditions will be decided by a judge or jury.

Punishments for Sexual Abuse of Animal

If you were charged for sexual abuse of animal it is a misdemeanor. That means that you may see six months in jail and up to a $1,000 fine if convicted. Although this crime has close relations to animal abuse, its important that this crime covers a very specific part of it.

If you or a loved one was charged with animal abuse, have an attorney talk to you about your case.