Teaching License and losing it 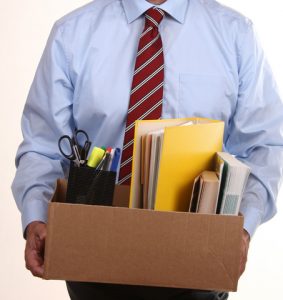 Loss of teaching license. A teaching license is a hard earned license after years of training. However if you chose to make a bad call due to bad judgement or a just a simple mistake, you can lose that license. The commission on teacher credentialing is the one who decides whether you get to keep your license after a crime. They review discipline and criminal cases and can choose to either deny, revoke, or suspend your teaching license. Some cases can involve the automatic revocation or suspension of a teaching license. These cases include sex offenses such as rape. Violent crimes such as murder. Drug offenses such as selling or transportation of drugs. And cases where they limit contact with children/minors such as lewd acts with a minor. All convictions must consider the facts of the case to decide whether the person is fit to teach. Categories can include how likely is it to occur again. How notorious the case has become. And impact on students. Each case will have its own factors to consider for the final decision. If a teacher was charged for small fraud. Chances are he/she will keep his/her license. If it is a large fraud however, then it just becomes more and more likely that he/she will lose his/her license. In deciding whether a person is fit to teach anymore is based on how everyone else views them. A teacher convicted of DUI and put under house arrest will most likely lose his license due to possible ridicule. This is the same reasoning used for the automatic revocation/suspension cases. Its important to note however that every case can be challenged. If you were charged with a crime and lost your license. Consult with an attorney to discuss what options you may have to regain that license.

Parole Suitability Hearing is a hearing at a prison that says whether or not an inmate should be released on parole. The only inmates that get these hearings are the ones that are sentenced to life in prison. An example is when an inmate is sentenced for a term of ” X years to life”. The X is the number of minimum years before the inmate can be released for parole. Although the inmate can get a parole hearing before their minimum parole date, that doesn’t mean they are automatically released for parole. The inmate can still be denied and kept in prison for life. The denial periods can range from 3, 5, 7, 10, and 15 years at a time.

What the Parole Suitability Hearing is About

The Parole Suitability Hearing is about whether or not the inmate should be allowed to returned to society. The release date is usually determined by a panel. However depending on the crime that was committed, the board can extend the sentence for public safety. Some factors that are considered for parole are counseling reports, behavior, accomplishments, self therapy, and parole plans. The panel will review the inmate of his/her rights. The crime, life before the crime, the inmates file. Then they will move to parole plans, closing statements, and then the decision.

The panel will explain why they chose to give parole. They will then go to the board of parole hearing in Sacramento for errors of law or fact, and then go to the Office of the Governor to review it in 30 days. The governor can allow it to pass by taking no action for 30 days. Actually approving the parole. Change the conditions. Send it back to the board of parole hearings to discuss the panel’s decision. And in murder cases, they can deny the parole.

Knowing what happens at a Parole Suitability Hearing can prepare you for the worst.

Criminal Law and Immigration is the understanding of what defense attorneys can do for immigrants who are convicted of a crime in the US. Its important to understand that under US immigration laws, some crimes can lead to deportation. For the more serious convictions, you can become inadmissible. What this means that you will be unable to come back tot he US. This means you can’t re-enter the US after leaving, can’t become a citizen, and you cannot change your status from illegal immigrant to legal. An interesting thing to note is that although you may be inadmissible, you may not be deported. These crimes will make green card holders helpless. The basic guidelines for crimes to avoid deportation and becoming inadmissible is categorized as “Crime of Moral Turpitude“. These crimes are classified as crimes that are vile, harmful, or frauds another human. Luckily this means that not all crimes can lead to deportation. Crimes that can lead to deportation and in-admission can include but not limited to arson, kidnapping, and, drug related offenses.

How to know if you may face deportation

The crimes mentioned above are not enough to get you deported. You had to be convicted with a year or longer of punishment within 5 years of being in the US. Or if you had two past offenses with crimes of moral turpitude.

How to know if you may be INADMISSIBLE

It is nearly the same as knowing whether you may face deportation. The only difference here is that you can be inadmissible at any time. And that your conviction must be for one crime that has a jail sentence of less than 6 months.

If you were deemed as deportable or inadmissible by the authorities, you will go to a US immigration court for a removal hearing.

Having an attorney for Criminal Law and Immigration can vastly improve your chances at reducing the punishments, and stay in the country.