A sentence hearing is known as an opportunity to reduce punishments and penalties after being convicted of a crime. One of two things must happen in order to go into a sentence hearing. 1. the defendant enters a guilty plea or a a no contest plea to one criminal charge. or 2. is convicted by at least one charge by the jury or judge. The judge has to impose a sentence or a judgement. However before he/she does both parties (the defense and prosecutor) have the right to be heard to argue what they believe is the proper penalty (which is the sentence hearing). Depending on the crimes committed sentence hearings have deadlines. For misdemeanors the sentence hearing must be had after 6 hour but before 5 days (after the guilty plea/no contest plea/verdict). The deadline can be extended if the defendant waives the time frame. However the time frame itself could be extended if there were special circumstances. That could include motion 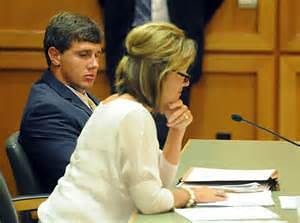 If you or someone you know wants to have an appropriate penalty, talk to an attorney that can lend a hand. Its important to know that you always have a fighting chance.