Dissuading a Witness. The legal definition of it is to 1. knowingly and with intent 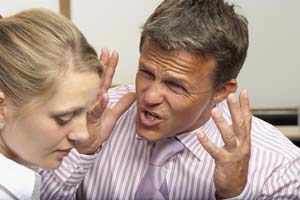 2. to prevent or attempt to dissuade 3. a victim of a crime or a witness from attending or testifying. reporting or aiding in prosecution. Or aiding in the actual arrest. What it means to knowingly dissuade a witness means you knew you did it for the purpose of that specific crime. if you were unaware that a person was a witness or victim then the crime cant punish you. To act maliciously or with intent means to do it for criminal purposes. This could be annoy or harming someone or to cause a disturbance. If you did it for a family member, and you wanted to look out for them the crime does not believe you did it for malice. it’s important to know that dissuading a witness does not always have to be successful. trying to dissuade a witness is enough to be charged with this crime.

Punishments for Dissuading a Witness

By itself dissuading a witness is a wobbler. This means it can be charged as either a misdemeanor or a felony. However if you were involved with this crime due to a conspiracy. By using force. Second time dissuading a witness. Or because you were hired by someone else. Then the offense becomes an automatic felony. As a misdemeanor you can see a year in jail with a $1,000 fine. It also comes with a 10 year ban on your right to own guns. As a felony you can see up to 4 years in prison with a $10,000 fine. Also you will be banned from owning a gun for life. Some enhancements include using a gun which could add up to 10 years in prison. If the crime was done for a gang then you can get seven year to life prison sentence.

If you or a loved one was charged with dissuading a witness. Its important to talk to an attorney that can help you out.