Where is the Fullerton Courthouse?

Fullerton Courthouse is located on Harbor street. It is next to the park and trails. The majority of cases there are criminal. There are some civil cases there, but those are exceptional. Fullerton Courthouse handles most of the criminal case filings involving Brea, Yorba Linda, Fullerton, and the surrounding areas.  Most of the cases that goes thru Fullerton involve DUIs along Imperial Highway and the 57/91 freeway. 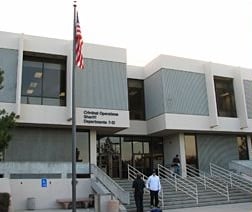 The screens will display your name. It is on the right hand side after you pass the metal detectors. It is important that you be there on time for your court date.

The arraignment is the your first day of court. It is the date where you can say you are guilty or not guilty. There is also a third option. You can request for a two week extension to find yourself an attorney.  Some examples of the cases that go thru N8 are DUI, public urination, petty theft, driving with no license, and driving on suspended license. This is not an exhaustive list.

You Must Be at Your Courtroom at 8:30

You will find your courtroom on the television screen. The television screens are on the right side of the courthouse after you the metal detectors. It is important that you show up to the Fullerton Courthouse at 8:30 for court. Warrants are issued if you come late. I have seen people being issued warrants at 10:00. Court is no joke, you must be there on time! If you are late, then you must tell the bailiff that you came in late. You must not annoy the bailiff. It’s also important that you schedule enough time to stay at the courthouse until 4:00pm.

Westminster Courthouse handles criminal cases for Garden Grove, Westminster, Fountain Valley, Huntington Beach, Cypress and the surrounding areas. The Westminster Courthouse has a mix cases. most of the cases at the court are felonies and misdemeanors and traffic.  The Felonies are in room W1 and W2 and the misdemeanors starts out in Department 6 and move upstairs to Department 15.  After Departmetn 15, the cases gets reassigned to different courtrooms.  In addition, the courthouse also handles expungement for the misdemeanor cases.

The Westminster courthouse has one of the highest volume of cases for DUIs.  There are lots of DUI’s going on around the hallway. First DUI Cases are handled inside department 6.  This part of the case is called the arraignment.  The arraignment is your first court date.  It is the date you can come in and say guilty, not guilty or ask for more time to consult with an attorney.  W3 is always a crowded room. You must be there at 8:30 and be there for call by the bailiff. If you are late then a warrant can be issued for your arrest.  It is advisable to let the bailiff know if you are late so that way they know you are there. 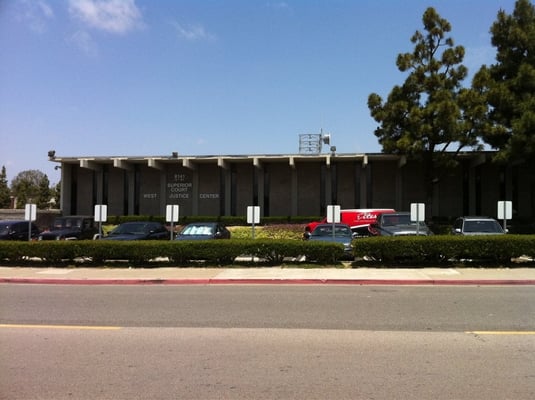 It is best practice to check your name on the television screen on the right side of the metal detector.

After You Enter a Not Guilty Plea in Westminster Courthouse W15

After you enter a not guilty plea in W3 the court will give you another date which is 30 days out.  The net date is called a pretrial. A pretrial is a chance for you or your attorney to discuss the case with the district attorney and try to resolve the case short of a trial.  Inside Westminster Courthouse this is done in W152. W15 is on the right side of the courthouse. There are two doors to W15. The one on the right leads to the district attorney room.

One of the cases I have a lot of success on are the Shoplifting from Sephora at South Coast Plaza.  These often involve female students, moms, doctors and lawyers who get themselves into trouble for stealing. The reasons for stealing are all over the place. They steal because they have nothing to do, they do it because they are stressed, and there are others who do not know why they do it. With the right foot work, an attorney can maneuver their client into a class. These cases take a similar path as the DUI’s. They start out inside department 6.  From there it is important to deny the allegations against you. If you plea to the court then it will hit your criminal record.

It’s important to have the right attorney handling your case.

You will want a local attorney who is familiar with what is going on insdie the courthouse. Your attorney should know the prosecutors who are in there as well as their schedule.  An attorney who is in their regularly will also know when the udge is on vacation when he would be back. This type of information may come in handy when trying to strike a deal for the case.

For example there are many other cases out there just like yours inside the same department.  Many of these cases have attorneys who also have to be in other courts.  As a result of this, many of the attorney cases are called first.  Another issue that may arise are the in custody people. These are people that are in custody and needs to be moved.  They are also given priority. The Long Beach Police Department does not have to file their case until 1:30 on the day of filing. As a result, you will not be able to leave until then. Even if the case is not filed, the clerk will say you can’t leave until 1:45.

One of the unique things I notice is the quick first court date which is different from the surrounding courts.  Your first court date is always a few weeks away as opposed to Metro court where it may be months away.  This often means that the court date will be scheduled ahead of the DMV date. This leaves you in a sticky position because you will not know the status of your DMV hearing.  However, if you resolve your case quickly then you license will adversely affected. 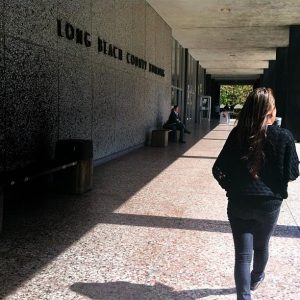 Dept 8 handles DUI. It is on the 3rd floor on the right hand side off the escalator.

Most cases resolve quickly.   This is the nature of the beast in a DUI in Long Beach.  The Long Beach DUIs are resolved quickly because the court moves cases along quickly.  This has negative consequences to attorneys who are out of the area and are not familiar with the court.  When this happens, a party may be expected to go to trial without the entire discovery and as a result the party will not be ready for trial.

However, this doesn’t have to be the case with you. You are entitled to a discovery and maintenance record of the machines used on you which a Long Beach DUI Attorney will be able to help you with.