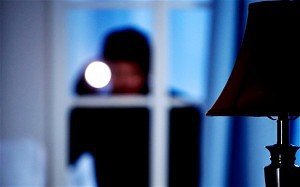 Just like robbery burglary degrees is divided in two. 1st degree burglary will receive more/harsher punishments than 2nd degree will. In order to be charged with 1st degree burglary you have to meet certain conditions. You can be charged with it if you committed burglary in an inhabited dwelling such as a house, trailer, floating home, part of a building such as an apartment. In short, structures where people are living in, also considered as residential burglary are considered 1st degree. A house/trailer/part of a building is inhabited if someone uses it as as shelter or dwelling regardless of whether they’re in it or not. this means that if they had to leave their shelter, house, building, due to a natural disaster or because some other disaster made them leave temporarily. It is still considered inhabited. It is only no inhabited if the former residents have moved out and do not intend to return. So what does this mean. Most privately owned shelters such as houses, trailers, ships, etc.. are the targets of burglary you looking at burglary of the 1st degree. All other types of burglaries are considered second degree.

Punishments for both types.