Bailing Someone Out in California

Bailing Someone Out in California

Bailing Someone Out in California is the process of dealing with the court to get released, or get someone released from jail. To start, the court will take your money as a way to keep you showing up to court. The bail amount can vary depending on your criminal history, the crime itself, and flight risk. A flight risk is defined as the probability of a person leaving the country before a trial or bail hearing. After showing up tot he court  hearings, the money that was paid for the bail will be refunded to you.  Bailing can put a lot of pressure on finances, so request a California bail hearing to cut bail, or eliminate the bail itself, and get an O.R. An O.R. is releasing you on your own recognize. You are eligible for an O.R. as long as your crime is not a capital crime, and that you will not harm the public, and that you will show up to the court. 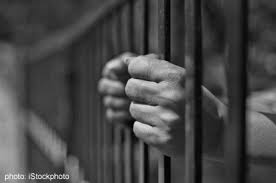 Bailing can range from $20,000 lowest for the least serious offenses, up to $5,000,000 dollars for the most serious cases and offenses. The options you have to pay the bail is through a direct cash bail, a bail bond, and a property bond. A direct cash bail bond must be paid in full by cash, check, money order, or cashier check.  As seen bail can be large and stressful on money, so a direct cash bail bond may not always be an option. The most common option, is the bail bond.  You negotiate with a bondsmen or bail agent that will post your bail and you pay them back for a maximum of 10%. Example would be for $20,000 bail you pay them back $2,000. They may also charge collateral to make sure you don’t skip the court date as well. You and a cosigner will then take responsibility for the bond.

The court will take your money, and the bondsmen will seek money from you, and then your cosigner. If you had a legitimate excuse then the court may exonerate the money.

The court releases your bail when the case closes and they decide what to do with you. If you had a fine and used a cash bail, then it will go towards the fine.

Knowing how Bailing Someone Out in California is important as it can offer a lot of flexibility with limited finances. Having an attorney represent you can get you a better deal on bail bonds as well.

Orange County DUI Attorney – What Happens on My 2nd DUI?

California 2nd DUI – What Can Happen in Orange County?

Out of state DUI in California – Out of State Drivers with a California DUI.