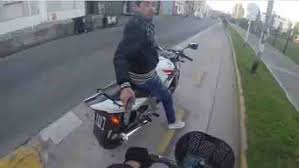 Attempt is part of a stage in doing a crime. In most if not all crimes there are three stages. The planning/preparation step. This is the time where a person plans out his crime and how he/she is going to go through with it. the third part of it is the actual attempt of the crime. If said attempt is successful then the crime is committed to say. However if an outside interference stopped the attempt then that’s where the prosecutors will charge him/her at. Legally an attempt is 1. a direct but ineffective step towards committing a crime. 2. That there was intent to commit the said crime.  A direct step requires more than just planning or preparing for the crime. Direct step for example would be trying to rob a woman by trying to take her purse, however a bystander was nearby to help her out. Although the crime is robbery, it would be categorized as attempted robbery since the action was unsuccessful. However this only applies to interference that applies to outside forces such as other people. This does not work if a person chooses to abandon his/her attempt midway. He/she will still be charged with attempt since there was already the first step. If the robber decided to not go through with his plan then he will not be charged with attempted robbery. . In some case, even if the crime is completed successfully, the prosecutors may still charge you with attempt.

Punishments for Attempt Other than Murder

The punishments will always be related to what crime was done. For example attempted petty theft will have less punishments than attempted battery.  However a lot of attempt cases are usually wobblers. Which means depending on the crime can be charged as either a misdemeanor or a felony.

If you were charged with an attempted crime, get in touch with an attorney to represent you.