Appealing a Case. If you want to know what appealing a case means then you have to understand that its not as simple as it seems. It does not mean that all cases can be appealed. What appealing does, is prove that your case was mishandled in court. This means that you were unfairly convicted and sentenced. That the judge or jury had something against you. That the evidence was unfair/illegal 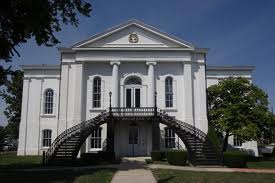 . Or that you were just outright innocent. When you appeal a case you aren’t trying to prove anything except that a legal error was made. So then if there was a legal error you would try to appeal so the ruling could be overturned. What happens in appealing a case is that it sends the case to a higher court for a review. This means that its not a new trial or a retrial of the case. What happens here is that the new court will review the legal process and the decision made by the lower court. This means that no new evidence can be introduced. If the appellate court find an error made by the trial court, they then decide whether the result may have changed due to the error. This means that just because the trial court made an error that you would be automatically free. The error must have made a difference in the decision.  Some examples of a legal error includes . The judge allowing evidence that should have been omitted. That the judge/prosecutor/etc.. acted unfairly/unethically. Or the jury used facts or opinions outside the evidence to decide the verdict. However the appellate court does not second guess a judge or jury’s determination of evidence.

If you or a loved one are looking to appeal a case, speak to an attorney that can represent you. Its important that you get all the help you can get.