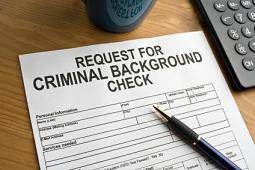 If you plead guilty there rights you will be giving up. It’s important that you know what is going on.

If you plead guilty then you may be missing out on constitutional law violations which may have occurred in your arrest. Constitutional violations are common. These must be looked at. The most common violation when it comes to the constitution is the 4th amendment.  You have the right to be free from search and seizure. There are many things which can go wrong here. These things can happen when an officer takes a short cut or acts on an assumption.

Potential defenses to your case

If you plead guilty then you can miss out on potential defenses in your case. Potential defenses can include a rising blood alcohol defense.  This is where the blood was lower at the tie of driving. There is also the he said she said defense. Factual defenses are very common in domestic disputes between spouses. Finally there are other defense when it comes to drugs. For example, if there is a large quantity of drugs, then there will be a Costco defense. A Costco defense is a common defense for possession of drugs with intent to distribute. The intent to distribute part is huge and carries mandatory jail time. The Costco defense basically says that you are carrying that amount of drug for personal use as opposed to distribution. If you plead guilty then you are giving up these defenses. You need to be educated about the law and have the most information at your fingertips if you plead guilty. The worst thing you can do is plead guilty and give up these defenses.

Misdemeanor and Infractions – What are the differences?

How to find a Criminal Defense Attorney

Getting your Minutes and Docket Report